The Shakespeare Project of Chicago (ongoing since April 2001)

All the passion, pathos and poetry of Shakespeare’s masterpiece — performed by two actors in just 50 minutes..  In nearly 100 performances across the Midwest with over 10 different casts, the touring show has introduced thousands of young people to The Bard and delighted adults intimately familiar with his work.  Originally commissioned by The Shakespeare Project of Chicago, 50 Minute Hamlet has been performed everywhere from huge auditoriums to small classrooms, from outdoor stages to children’s hospitals, and from juvenile detention centers to a graveyard. 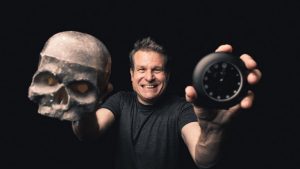 “It was amazing to watch Shakespeare’s normally four-hour play told with clarity in under an hour.”    Chelsea Alsberg, Glencoe Central School

“The students were truly engaged by your adaptation, and we had some lively discussions in class following your appearance.”    Gwen Bailey, Lindbloom Preparatory High School, Chicago

“50 Minute Hamlet is an absolutely brilliant adaptation.  The patrons were riveted, even the several children who were in attendance.  Watching their faces I could tell that they were absorbing it all like sponges, and I wouldn’t be surprised if some of them feel inspired to learn more about Shakespeare as a result of their experience”.   Lisa Guidarini, Algonquin Public Library

“I cannot thank you enough for today’s performance. My department chair, colleagues, and students have been raving about it all morning! To hear the language executed with such interpretation and precision is priceless. It was so engaging, and I look forward to future interactions with the Shakespeare Project of Chicago.  Thank you again to you and your outstanding performers!”   Jill Braverman, Maine South High School

“The performance was wonderful!  The actors were terrific and the kids really enjoyed the performance, especially those who studied Hamlet this year. Both actors were so generous with their time, answering questions about this play, acting in general, and interpreting Shakespeare, and provided some new perspectives for my students to consider.”  Carrie Mocarski, St. Benedict Middle School

“I attended my first “50-minute performances” yesterday. It would be hard to overstate the pleasure and joy of that experience.  While watching, I was appreciating at breakneck speed all of the highly effective decisions that went into producing and performing these plays. In conversations afterwards, I realized I that I now see abridgment as a valuable art form in and of itself, and would defend that opinion to anyone. Even for audience members with prior exposure to Shakespeare, something new has been created. So, thank you.”    Carol Lauhon, Highland Park Library 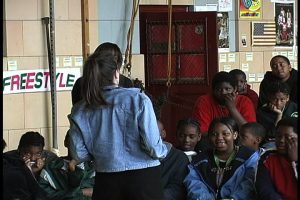 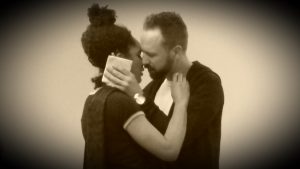