Sold-out houses were treated to eerie tales related by “some of Chicago’s finest actors” in ITC’s twice-extended re-examination of McPherson’s breakout play.  Stories and Guinness flowed throughout the evening as audiences were transported to rural Ireland and made to feel like a part of the community being formed on stage. 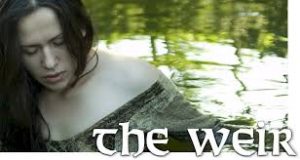 “All the performances fit easily into McPherson’s world. In the end, “The Weir” is not merely a series of chilling stories filled with Irish myth and magic; it goes much deeper than that. It’s about the future and all the things that a person must face alone. And it’s about community, about the moments of friendship, which pull these people together and offer respite even as the loneliness, grief and regret continue to hover in their corner of the Irish countryside.”   Chicago Sun-Times, Highly Recommended

“It’s a sturdy and resonant night out that hits the spot between forced holiday cheer and grim cold winter gloom.”   Chicago Tribune ***

“Jeff Christian’s monologue, fraught with the backgrounding minutiae of an expert bard and offered in a husky, resonant voice, held the audience in rapt silence.”   Chicago on the Aisle ****

“A real knife in the heart from the Irish Theatre of Chicago. In Conor McPherson’s The Weir, a night of serious drinking is under way up at Brendan’s pub in Northern Ireland. With a cold wind blowing off the sea, What follows might be called a seance; beginning with a few ghost stories, the night finally concludes at the outer limits of emotional beauty and honesty.” Chicago Reader, Highly Recommended

“The cast of this 105-minute spellbinder features some of Chicago’s finest actors.  Through the course of the play, four of the five characters tell their own stories, in a tour-de-force demonstration of the Irish talent.”
Third Coast Review 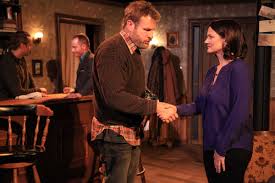 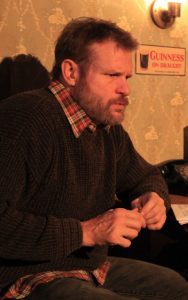 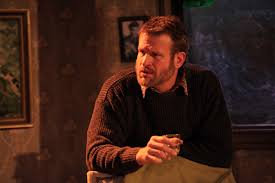