A dark and deeply moving portrait of two men on parallel paths to forgiveness.  Intimately staged, the emotions were played close to the bone, resulting in an unsettlingly eerie production without resorting to gimmickry.

“For all its bleakness, McPherson and Jeff Christian’s production are more concerned with the personal realizations and truths that can only be discovered after everything is lost.  Ensemble-wide, the performances are patient, raw and rewarding. In McPherson’s universe, redemption isn’t out of reach—he’ll just make you work for it.”   Time Out Chicago ****

“Skillful restraint reigns supreme in this production. Director Jeff Christian never forces action or movement where it doesn’t belong.   Shining City intimates a lot more than it states outright. It haunts, instead of scares. And rightly so. Irish Theatre teases out a lot from a little—the way any good ghost storyteller should.”   Chicago Stage Standard, 3.5 stars

“Jeff Christian has directed this play with surefire naturalness and an intimacy that comes equally from McPherson’s script and from Ira Amyx and John Peplinski’s simple, elemental set design. His drama plays out in an unaffected, everyday manner. Mr. Christian has smartly allowed McPherson’s realistic dialogue to be the star of his production and he keeps his actors forthright in their portrayal.  This is a production that will continue to haunt audiences long after the final curtain.   Chicago Theatre Review, Highly Recommended 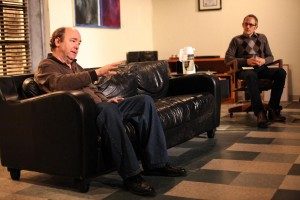 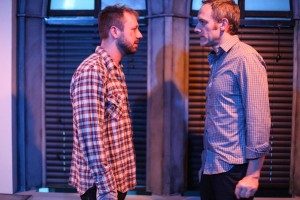 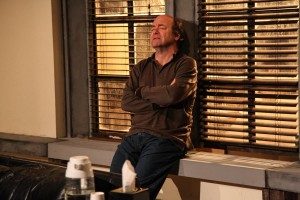